This month’s guest is Marika Blossfeldt, a certified holistic health coach, dancer, yoga teacher, international retreat host, natural foods chef and international cookbook author! She is a truly inspiring woman and a very interesting life story, for sure – having been born in Estonia, immigrating with her parents to Germany, living in Sweden and eventually living in NYC and Beacon, as well as owning a farm in her native country.

We first met at Hudson Valley Women in Business, during a networking function. I was already interested in having her on the show to talk about her experience publishing her cookbooks, as well as her experiences splitting her time between two countries. But, when I read her bio online and found out she was also a professional dancer, I KNEW I needed to talk to her,! Since dance was always my first love, I was intrigued to hear about her experiences in this area!

If you’ve ever wondered what is is like running an international business, self-publishing or how life was different in NYC in the 80s, this is a great episode for you. I know I am truly inspired by her accomplishments! 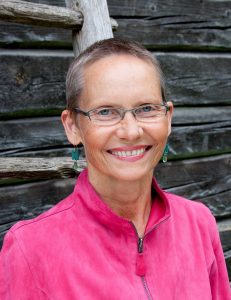 Before becoming a certified holistic health coach and yoga instructor, Marika Blossfeldt earned an MFA from the Hochschule der Künste in Berlin and was a featured soloist in the New York dance scene in the 1980s and 1990s. In 1995, she purchased a farm in her native Estonia – a childhood dream come true – and transformed it into an arts and wellness center. She now spends summers there, facilitating yoga, cooking and wellness retreats. Marika has appeared on several Estonian TV cooking shows and was invited to do a cooking demo as VIP chef at the Paris Cookbook Fair in 2012. Reviews of her artistic and culinary skills have appeared in The New York Times, Martha Stuart Living and The Village Voice as well as in European editions of health, lifestyle and cooking magazines. She regularly writes articles for Estonian publications and speaks on healthy eating and living both in Europe and the U.S.

Her book “Essential Nourishment, Recipes from My Estonian Farm” – a fundamental education in self-care – was self-published in both Estonian and English. The Estonian edition, released in 2009, became a bestseller and is now in its third printing. The first English edition, released in 2011, has sold 3000 copies in New York, Connecticut and California. Reader feedback has consistently been enthusiastic. In 2012 it won a Gourmand World Cookbook Award in Paris and the Living Now Book Award gold medal in the United States. It was also a finalist for Foreword Reviews’ Book of the Year Award. In 2014 Marika published her second book in Estonia and is now seeking an agent/publisher to publish the second book in the US.

Learn more about her services at her website: www.MarikaB.com

In the podcast, Marika shares: